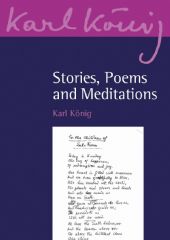 Alongside his work with the Camphill movement, Karl König was a prolific writer. This book contains:


An extensive introductory essay explores the cultural environments in which König was writing – including
Vienna in the early twentieth century, and the challenging times leading up to and during the Second World War